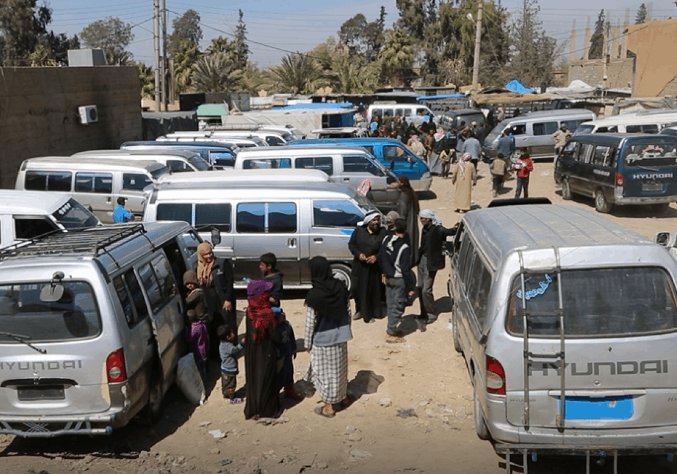 But now, as the areas are under the control of different powers, the map has become somewhat different, where the Assad’s forces control Al-Salhiyah and Al-Husseiniyah villages, so this area is completely closed to public traffic, then the following area to the western countryside is controlled by the SDF, so the people who want to travel to the western countryside are forced to take the way from Al-Salhiyah crossing towards al-Shihabat village then al-Hawi area in Al-Hissan village, where the new starting point is the roundabout of Al-Hissan town.

The condition of the main road in the western line is very bad, according to D24 correspondent, as there are alot of holes and bumps on the road, adding to which, the road is very narrow, which has caused alot of traffic accidents.

The civilians in the villages and towns of the western Deir Ezzor countryside travel by minibuses owned by persons, as there are no public means of transport, and the travelers have to pay a lot of money.

Transport cost in the western countryside, according to D24 network correspondent:

-between two or three villages: 200 SYP per passenger.

– Between a village and a neighboring one: 100 SYP per passenger.