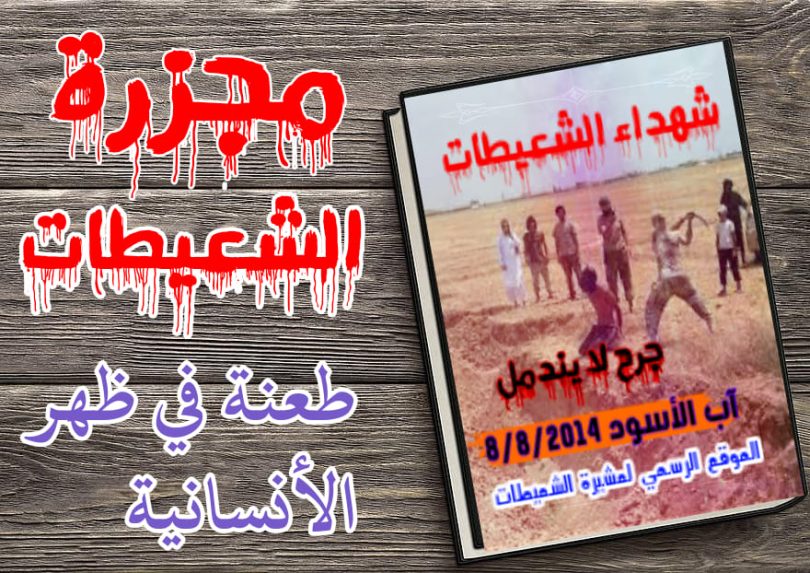 Years have passed while al-Shaitat’s wounds are still bleeding to this day, as seven years ago today, the criminals carried out a massacre against the people of the tribe in Deir Ezzor. They shed their blood and abused them in retaliation for their rejection of Daesh presence on their land.

1,000 people, including women and children, were killed in the massacre. and their bodies were buried in mass graves, that continue to be discovered. It was one of the most heinous crimes against humanity, as streets and houses were filled with bodies of innocent victims.

The massacre carried messages to Daesh opponents, and was a way to break the civilians who rejected the group due to its inhumane, bloody, brutal and criminal practices in the region. Daesh decided to bring the areas of al-Shaitat under its control and people into obedience, so it sent a negotiating delegation to convince the people to surrender their towns and weapons to Daesh, but the group violated the terms of the agreement, and stormed the three towns and committed a horrific massacre against the people.

Al-Shaitat is one of the most prominent tribes in the region, and its members live in al-Kashkiyah, Abu Hamam and Gharanij towns in the eastern Deir Ezzor countryside.