As a part of the efforts made by figures of Al-Bukhabour tribe in Deir Ezzor to form a tribal body, elders and tribal figures from al-Bukhabour held a meeting yesterday, Friday 11-10-2019, in Deir Ezzor countryside.

The meeting resulted in a statement in relation to many internal issues of the tribe. It also included several demands.

In a video statement released by the meeting’s organizers, the tribes members demanded that all the families of Deir Ezzor, especially women and children, be released from the camps run by the Autonomous administration forces in Hasaka province.

Finally, the statement announced the formation of the public relations office of Al-Bukhabour tribe, whose task is to communicate with the tribesmen in the region and abroad, and with the responsible authorities, to serve the interest of the tribe’s members. 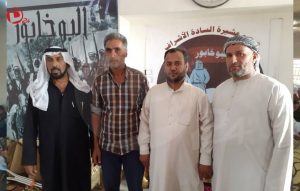 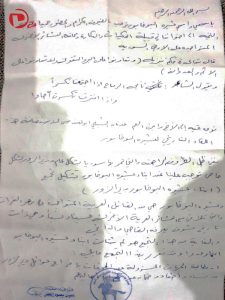