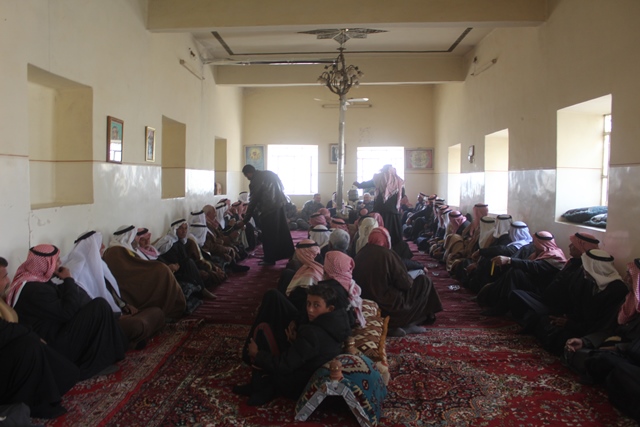 Deir Ezzor prepares to host the local version of dialogue sessions that the Syrian Democratic Council (SDC) organizes along Eastern Syria. The sessions concentrate on the Syrian-Syrian dialogue and particularly highlight ways of improving hisotrical relations of people of Eastern Syria (Kurds and Arabs) and their participatory role in establishing a local administration that meets people’s aspires. The question is what shall components of the area do and how should such sessions be active to reach a comprehensive dialogue conference that re-oultines a path map in Eastern Syria.

Openess and dialogue is requeired from both sides. The SDC raised the slogan of “For a national conference of al-Jzeera and Euphrates area people”. This slogan is the aim the SDC wants by these sessions. After experiencing significant challenges over past years, the Autonomous Administration realized the necessity of openess and dialogue with all components of the area. Given that, SDC officals headed by Ilham Ahmad the head of SDC’ Executive Council visits areas in Eastern Syria to run the sessions and listen to people’s opinions.

Transparency and credibility are the base of an active and constructive dialogue between the components of the area. Everyone knows the demands the society has recently encountered in Eastern Syria due to the absence of transparency and credibility among components, hence there is no dialogue. Here emerges responsibilities of components whether they are Kurds or Arabs from tribes to explain their opinions and aspirations with transparency during the sessions. The components should be influential in the re-formation of local administration of Eastern Syria.

Responsibility and looking towards future is the statement of the obvious. The major engine of such sessions and dialogues emerges from local components’ responsibilities and future aspirations. Past years experience proved that nothing acheives the desired future, but the dialogue and repsonsible contact in order to entrench stability in Eastern Deir Ezzor, acheiving justice, and sustaining social security.

It is a turning point for history of people of Eastern Syria that makes it necessary to take this dialogue chance and provide the possible views and aspirations with repsonsibility and transparency to build better future for people of the area. Tribes of the area have always taken the chance of intiatives for the benefit of the area. Today, we are in front of responsibilty to raise our demands and share our view and submit it as a part of developing particpatory and insitutional work in the local administration of Eastern Syria.