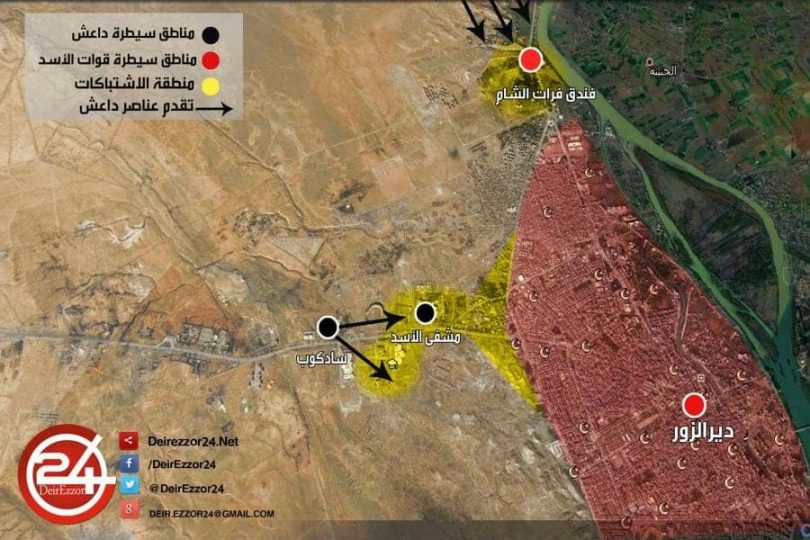 Today, Daesh launched a large-scale offensive in which it targeted the Assad-regime positions at the outskirts of Al-Bughayliya and Hotel Furat Cham Palace, leading to heavy clashes between both parties; which are still ongoing.

Daesh shelled with heavy artillery and mortar all of the Talai’ camp, al-Ruward hill, Hotel Furat Cham and Al-Joura neighborhood of Deir Ezzor city. All of these areas are still under the Assad-regime control.

In response, Assad’s forces positioned at Brigade 137 shelled the area of Al-Bughayliya with heavy artillery; Daesh-held village of Al-Janina, Deir Ezzor’s western countryside, has been targeted as well.

A violent explosion has rocked the regime-held Hotel Furat Cham a few hours ago, while smoke has been seen rising from buildings in the area of Al-Bughalyliya due to ongoing heavy clashes between Assad forces and the organization.