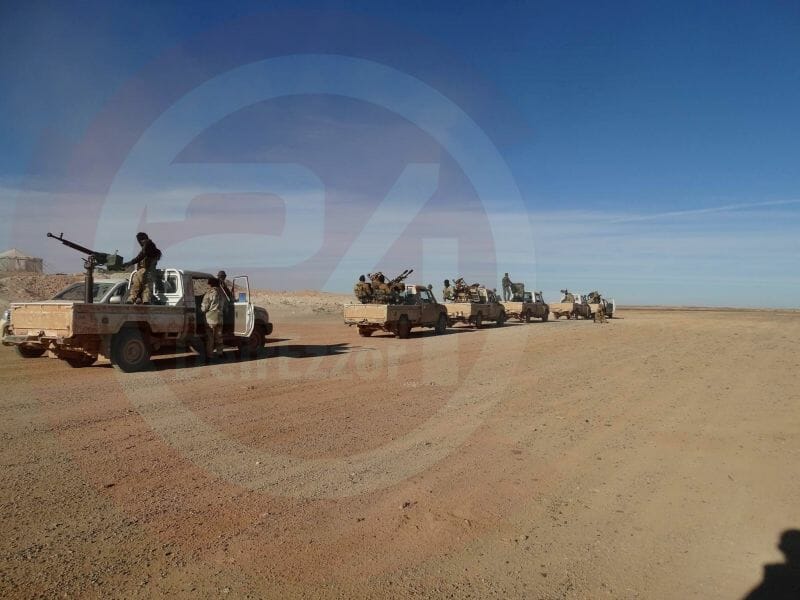 Jaysh Assud al-Sharqiya (The Army of the Eastern Region’s lions) with the support of a number of FSA’s military factions have managed after fierce battles with ISIS to seize control over Damascus-Baghdad highway in the east region of Qalamon.

After Assad forces had withdrawn from several positions in eastern Qalamon, handing over several positions to ISIS, including Damascus-Baghdad highway, the Chinese factory, al-Safa station and the battalion of al-Jarwa, ISIS militants took advantage of that and succeeded in infiltrating into an area that overlooks the highway and belongs to the FSA faction of al-Shaheed Ahmed which led to heavy clashes between both parties for long hours before ISIS took control over that position.

Five ISIS vehicles were destroyed and a number of others were seized, with around 30 dead ISIS members and the capture of one of them.

It should be noted that heavy clashes between ISIS and the FSA are still ongoing in rural Qalamon in an attempt by the group to recover its losses.