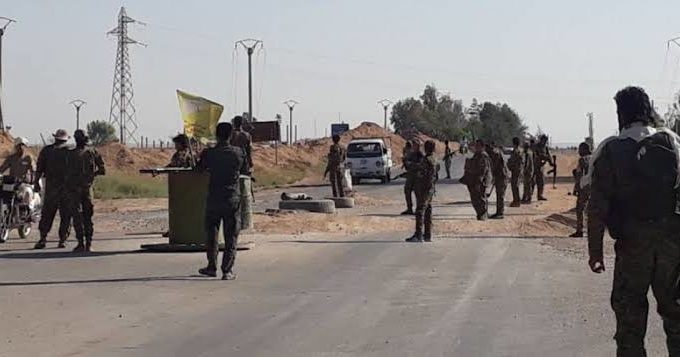 On Monday’s dawn, gunmen attacked the civilian Ahmad al-Shaloof’s house in the town of al-Hawayej, eastern Deir Ezzor. The gunmen threw a noise bomb and opened fire at the house.

The reason for the attack is al-Shaloof’s refraining from paying money for them under al-Zakat (Alms). The gunmen claimed to be Daesh members and demanded al-Shaloof to pay al-Zakat for the grocery he and his sons own.

Gunmen claiming to be Daesh members’ attacks increased over the recent weeks in areas of Deir Ezzor.