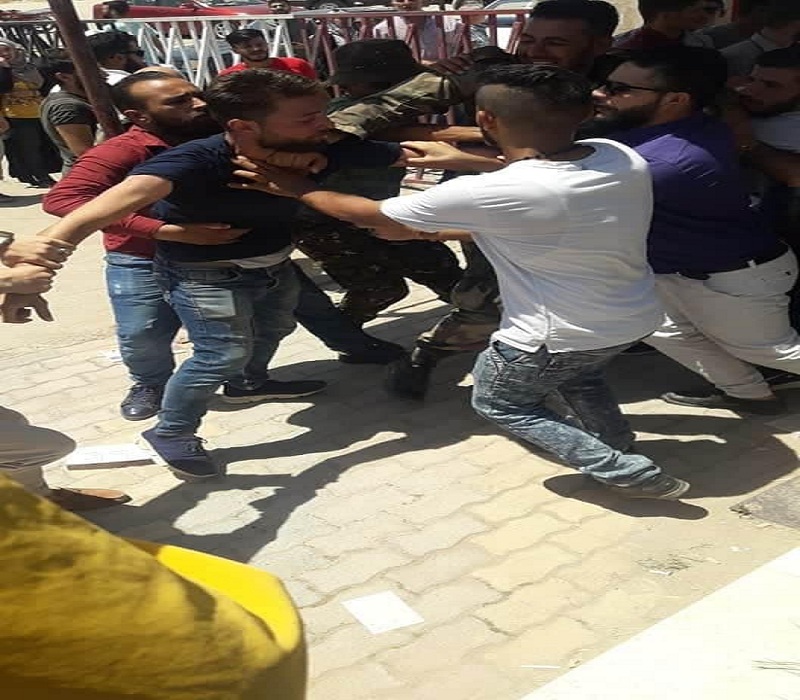 On Sunday, July 19, 2020, armed shabbiha (thugs) belonging to Baath party attacked students in al-Furat university, and forced them to vote in the 2020 elections after a large percentage of the population abstained from voting.

Some photos circulated by activists from Deir Ezzor showed men, led by Omar Jijan, forcing students in the campus to vote in the elections.

A large percentage of Deir Ezzor’s People abstained from voting in the recent parliamentary elections. Only 20% of the population voted in the elections, according to a person working at one of the voting centers.

The voting was extended by four hours in all the provinces due to the small numbers of voters. The voting was closed after the period of extension but the winning candidates have not been announced until now.