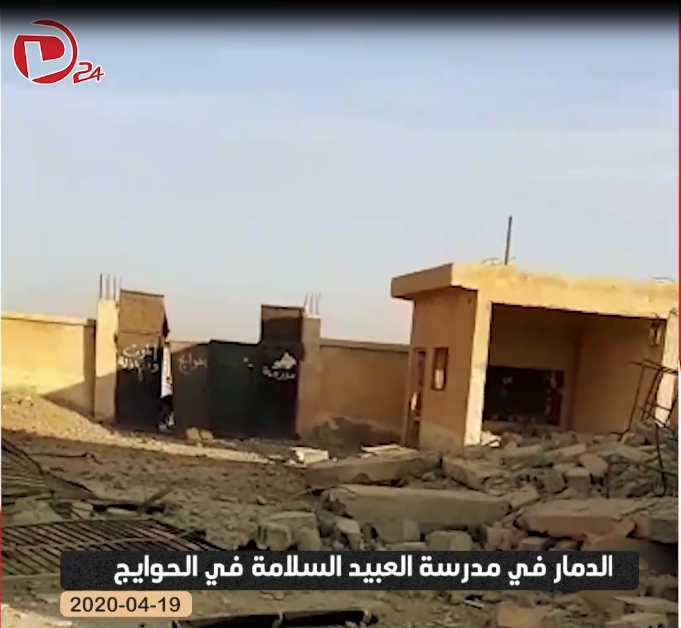 Yesterday, Saturday 18-4-2020, unknown perpetrators blew up a school in Al-Hawayej village in the eastern Deir Ezzor countryside, according to Deir Ezzor 24 correspondent.

Following the school bombing, an explosion was heard throughout the village, which turned out to be a rocket launched by a drone on a man riding a motorcycle near the school, which led to his death. It is likely that the targeted man was the one behind the school bombing.

So far, it is not known who was behind the school bombing, but the way in which the bombing was carried out bears the hallmarks of Daesh, which is active in carrying out occasional operations in the region.