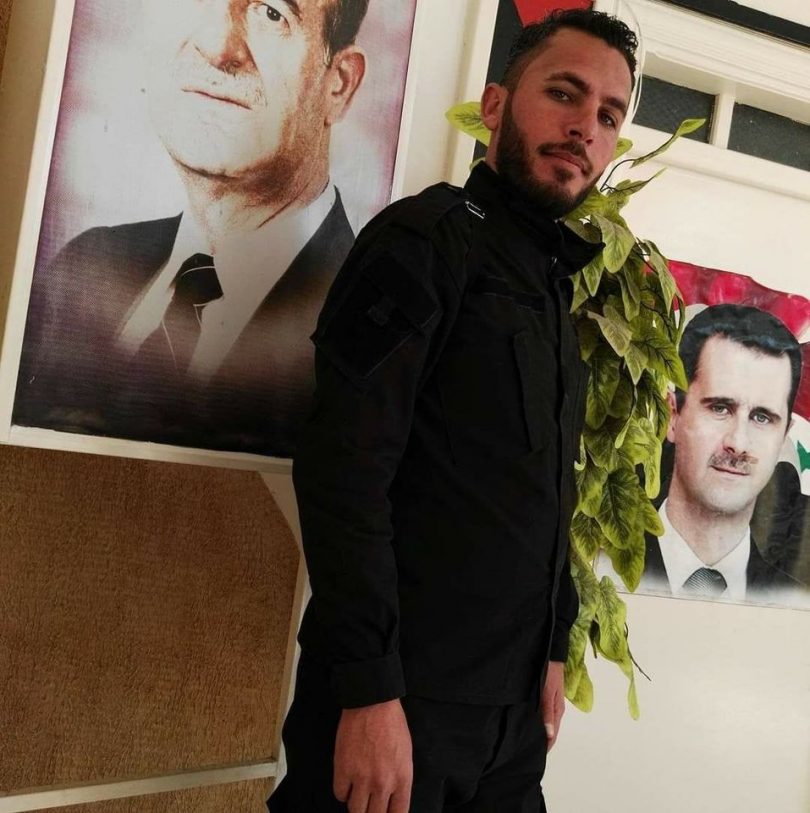 Nizar al-Kharfan, a commander of the National Defense Militia (NDF), was killed with a group of his members when unidentified gunmen attacked military posts of the militia in “Jaiber” area in the badiyah of the western Deir Ezzor countryside, according to Deir Ezzor 24 network correspondent.

A source told Deir Ezzor 24 network that “al-Kharfan” was seriously injured during the attack, and was taken to a hospital in Deir Ezzor city. He remained for several hours in the intensive care unit before he died.

The source also confirmed that the group of 30 members who were with Nizar were killed and wounded.

Al-Kharfan is from al-Masrab village in the western Deir Ezzor countryside. He is responsible for committing many crimes under the umbrella of the NDF.

The perpetrators of the attack on the NDF’s points are still unknown, but it is most likely that Daesh is the one behind the attack as it is active in that area.