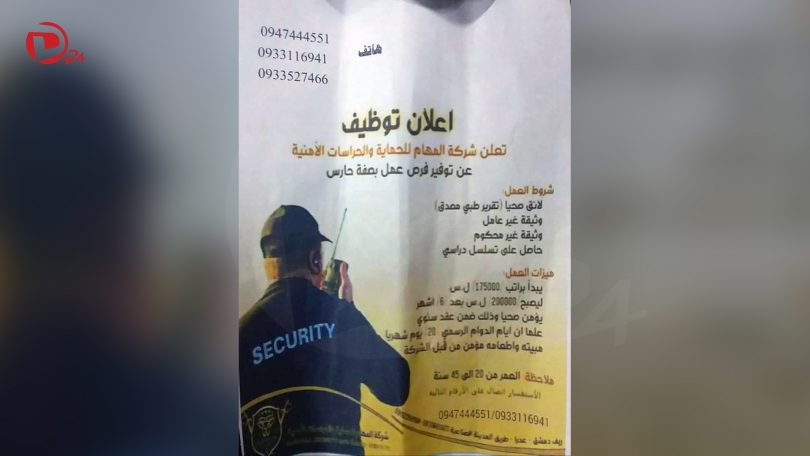 “Special Tasks” company announced an employment competition to recruit a number of young men from al-Bukamal in combat and guard positions, according to Deir Ezzor 24 network correspondent.

According to the advertising, which Deir Ezzor 24 network obtained a copy of, the people who will apply for the positions should be between the ages of 20 and 45, healthy and legally eligible.

Those who will be selected will have to guard oil facilities in Deir Ezzor, under annual contracts, and with a monthly salary of 175,000 Syrian pounds, that can be increased after 6 months to 200,000 SYP, Deir Ezzor 24 network correspondent said.

The director of “Special Tasks” company is a man from al-Bukamal called Sheikh “Mohammed al-Daham”. He is known for his loyalty to Assad regime and Iranian militias.