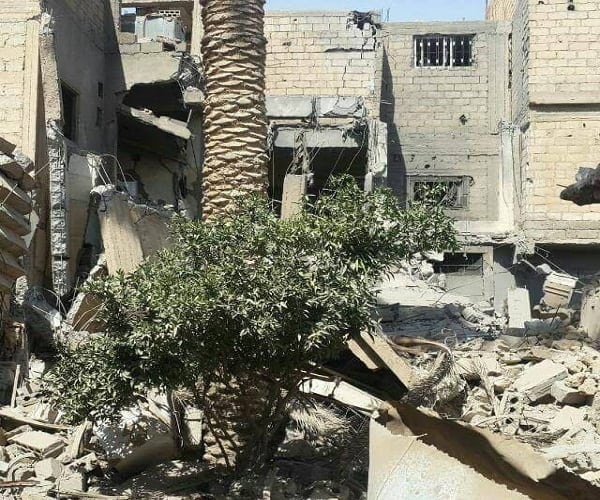 The city of Deir Ezzor has witnessed recently a military escalation and indiscriminate targeting of civilians by Assad and Russian warplanes, mainly after the agreement of the de-escalation areas in many Syrian areas which has in return intensified the situation on the front lines in eastern Syria.

The Russian and Assad air campaign against villages and towns in western Deir Ezzor is still continuing. Two days ago, Russian air strikes killed more than 13 civilians, mostly women, and children, and destroyed several civilian houses and facilities in the region.

This has created a state of horror and fear that is dominating civilians in the region in connection with an unprecedented wave of displacement. Many of the displaced from the city of Maadan, rural Al-Raqqa, the town of Al-Tabani, Shiha and Buwaitiyah, western Deir Ezzor, are sleeping now in the open, and many of them are attempting to cross towards villages in Al-Kassra area for they are much safer.

The displaced are facing extreme humanitarian conditions because of their huge number and the unavailability of any shelter and health care, in addition to the fact that the river barges are too small to transport them to the other bank of the Euphrates. Sime of them have been waiting at the shores for five days and they have not yet got the opportunity to fulfill it.

Concerning the reports about the advancement of Assad forces and allied militias towards Deir Ezzor, they are completely false as they are still based in the areas of Al-Sabkha in eastern Raqqa, where they still have to capture the villages of Buhama, Maadan and Maadan Atiq to fully control the countryside of Raqqa. This means that they still have more than 30 km of distance to reach the administrative border of Deir Ezzor province from west. They are also stationed in Thalithwat west of Mount Bashri from the side of the desert.