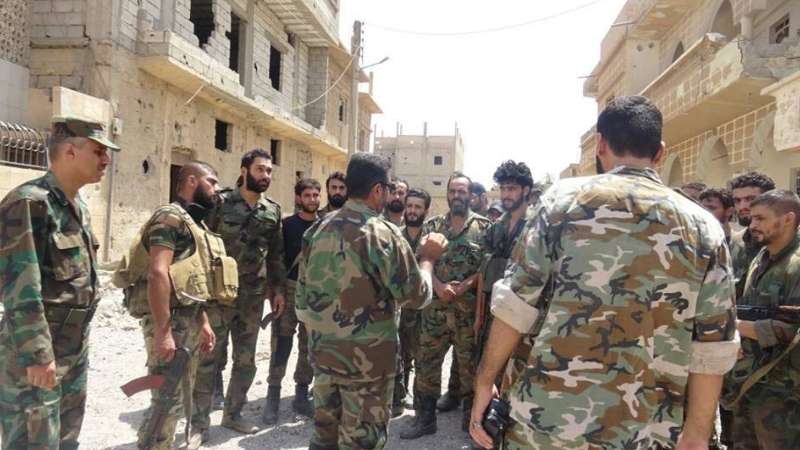 A dispute erupted between the national defense militia (NDF) and Assad regime’s military security branch in villages of the western Deir Ezzor countryside, according to Deir Ezzor 24 network correspondent.

Our correspondent said that the dispute started between the two sides when a group of the NDF militia expelled patrols of the military security branch from the markets of Al-Masrab and Al-Shumeitiyah towns in the western Deir Ezzor countryside as they imposed taxes on the people of the area.

A state of tension prevailed the area as both sides raised alert in their headquarters and posts.