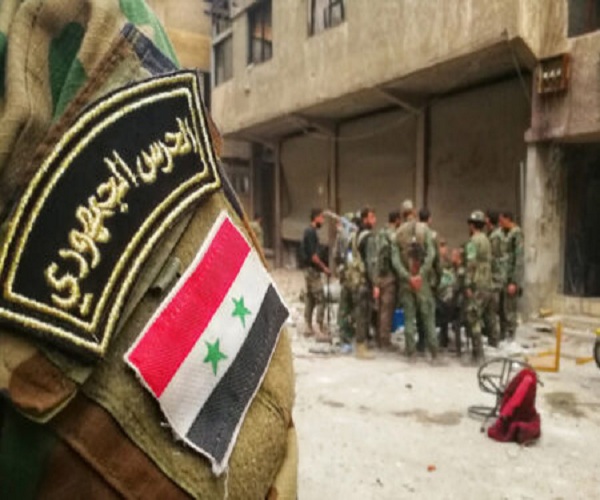 This morning, a patrol of the National Defense militia (NDF) exchanged fire with members of Liwaa Al-Quds militia in Deir Ezzor city, according to Deir Ezzor 24 network correspondent.

Our correspondent said that the clash took place when members of Liwaa Al-Quds militia tried to loot a house in the industrial shops zone in al-Sinaa neighborhood of Deir Ezzor city, which is controlled by the NDF’s “Hassan Al-Ghadban” group.

He confirmed that Assad regime’s Republican Guard intervened to stop the clash, that resulted in the wounding of a member of Liwaa Al-Quds militia.

Such clashes between the militias have been largely recurrent in Deir Ezzor, often due to disputes over stolen properties.