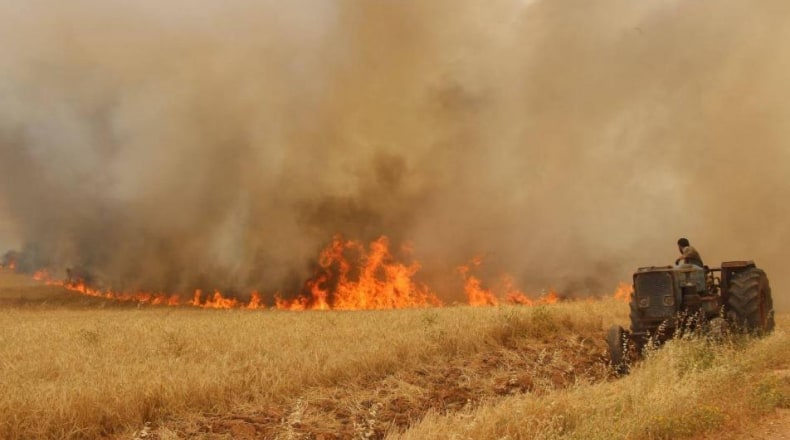 The correspondent indicated that the fires devoured agricultural areas in the village, affecting the wheat crops there, with no reports of victims.

The fires consumed dozens of agricultural areas in the Deir Ezzor countryside, causing farmers to lose their harvest.

Daesh claimed the responsibility of burning the agricultural crops in Deir Ezzor countryside, for several reasons, including apostasy it claimed.

It is noteworthy that the villagers seeks to protect their agricultural fields from fires set by people believed to belong to Daesh.