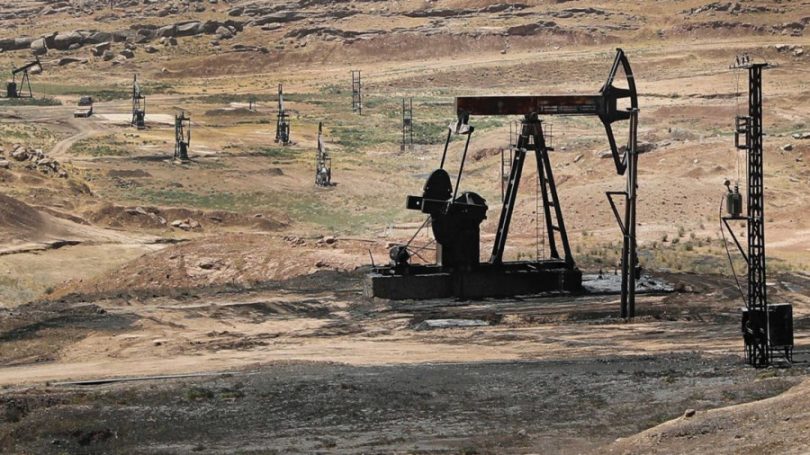 Deir Ezzor 24 exlusive
Yesterday, Wednesday, members of the Fourth Division stole a huge oil valve from the T2 station in the Al-Mayadin desert in Deir Ezzor.

The theft was carried out by a crane and taken to an unknown destination, while the Iranian Revolutionary Guards militia guarded the station and was involved with the Fourth Division, whose profession has now become theft and robbery.

It should be pointed out that the Fourth Division’s members at the checkpoints of Deir Ezzor impose royalties on merchants and civilians and confiscate their goods and possessions.