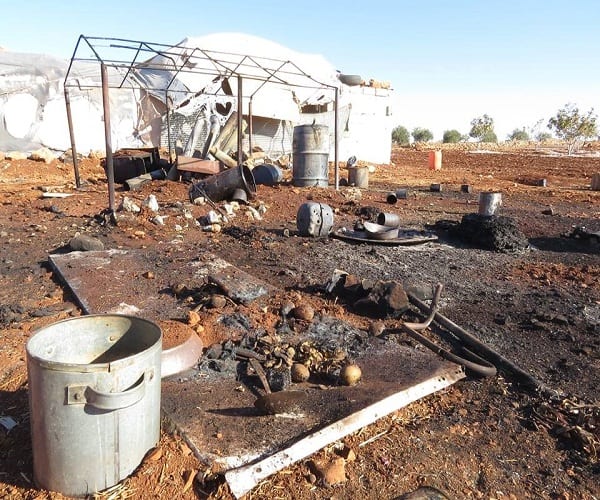 The Russian/Assad’s warplanes targeted on Sunday a camp for internally displaced families nearby the city of Al Bukamal in the eastern countryside of Deir Ezzor, which resulted in the death and injury of many of them.

A D24 correspondent in the eastern countryside stated today that, ‘ Aircraft, which are believed to have been Russian aircraft, fired several missiles at the Rafai camp for internally displaced civilians neart the Muaayzaliyah town in eastern Deir Ezzor, killing five civilians and wounding many others as an initial toll.’

According to him, another camp for internally displaced family, mainly the displaced from the Sayal town, was also bombed today, which led to the wounding of several civilians.

In other news, dozens of displaced civilians from Deir Ezzor were killed in the explosion of a VBIED near an SDF-operated checkpoint in the area located between the Koniko gas field and the Jafrah oil field on the eastern bank of the Euphrates river.

A similar incident took place in 12 September when a VBIED struck a gathering of displaced civilians in the Abu Fass area south of Al Hasakah at the administrative border of Deir Ezzor, killing 18 of them.